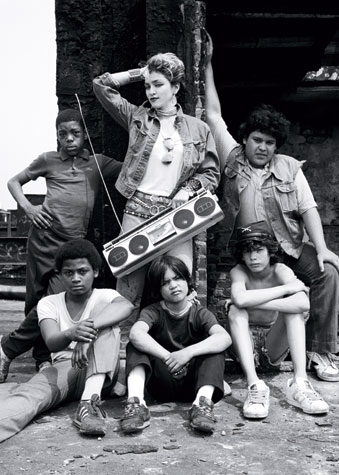 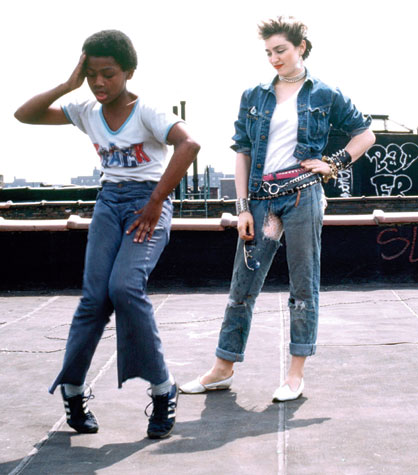 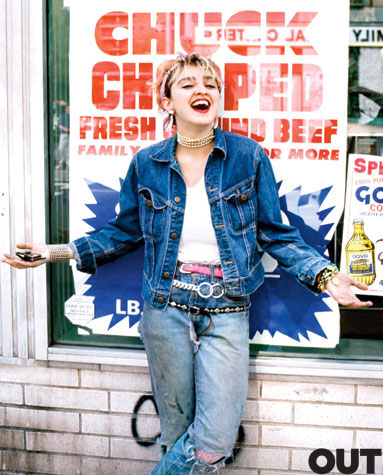 Photographer Richard Corman met Madonna in 1982,  less than a year before she released her debut album and became the massive mega star she is today.
"I had to call her from a phone booth across the street, because the neighborhood was full of drug dealers, and they didn't let people just walk in and out. There was a group of kids outside the building, on the stoop, in the hallways, and when I said I was there for Madonna the seas parted…
…When I came back a few days later to shoot her, she said, "You know, we should go up to the roof because I go up there with all the kids from the building." She was like the Pied Piper of the neighborhood - they loved her. They followed her, they danced with her, they sang with her. It was something they did on a daily basis, and it was remarkable. We just walked up and they gathered around. She put the boom box on - it was her music, though I don’t remember which song - and they just started dancing and singing. She was so alive and unpretentious. She was fierce, determined. Nothing was going to stop her. "
Corman only recently told his story and shared these early photographs with the world. You can check out the rest of the series here.
Posted by banana meet-cute at 4:50 PM

Labels: Fierce, I Love the Eighties, Why I Love Madonna