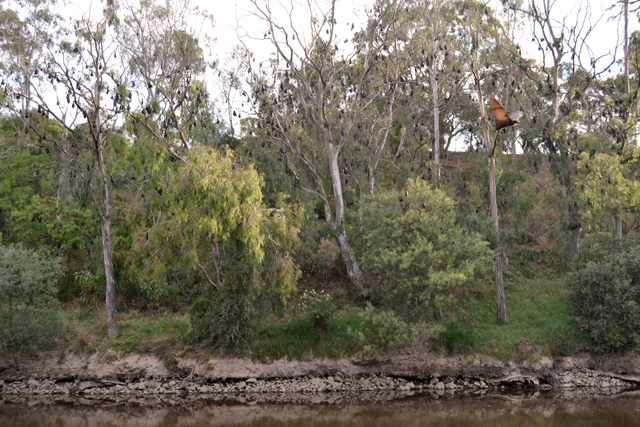 Visiting the bat colony at Yarra Bend Park has been on my "Melbourne Bucket List" for some time now. Every evening at dusk the bats migrate over the city, and the park is where these leathery beasts hang out during daylight hours. Thousands of them! They make quite the freakish spectacle. 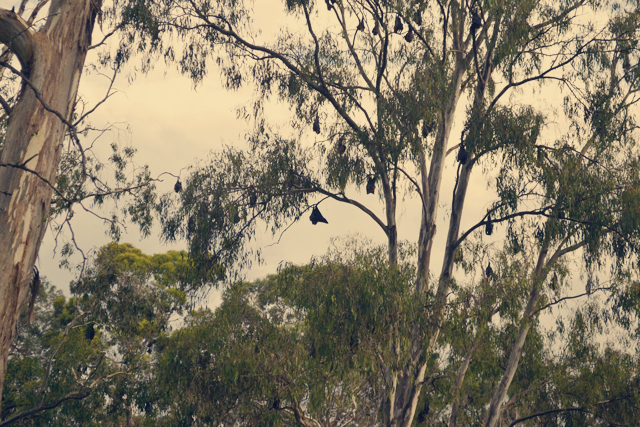 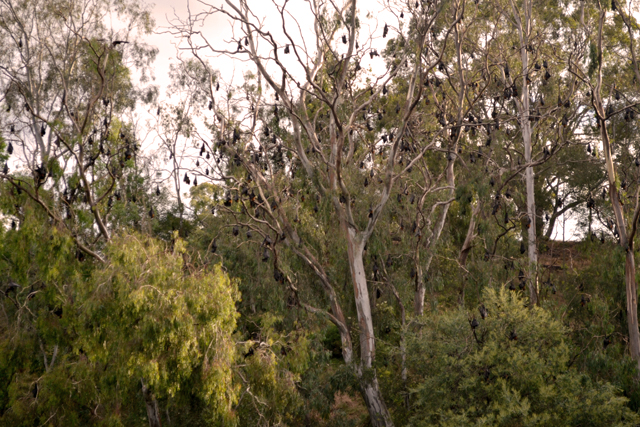 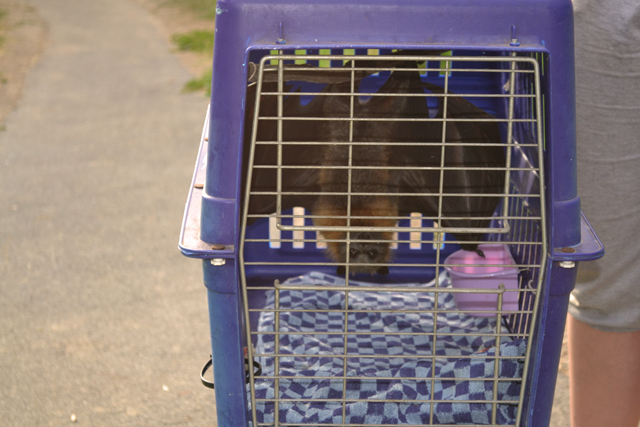 While we were there we saw this guy who had been found in a suburban garden. Luckily Wildlife Victoria could come and pick him up, and he was reunited with his batty pals. Our visit was at twilight, and there were some bands playing while we watched as the bats got ready for their evening adventures. 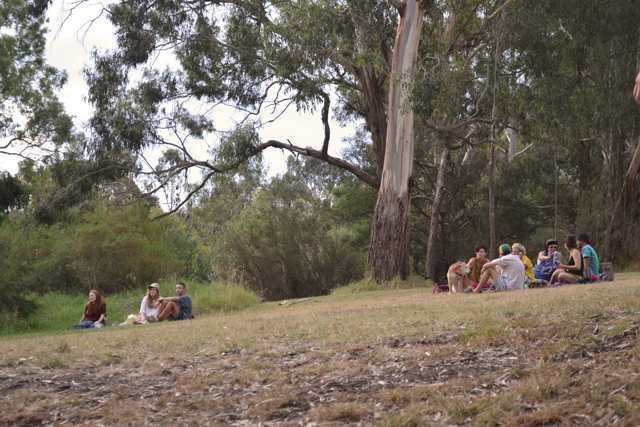 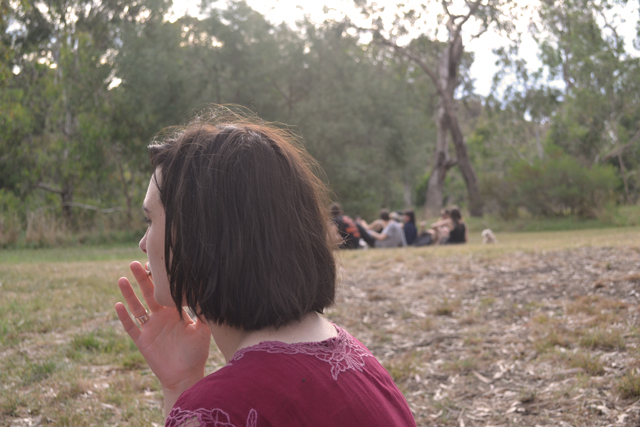 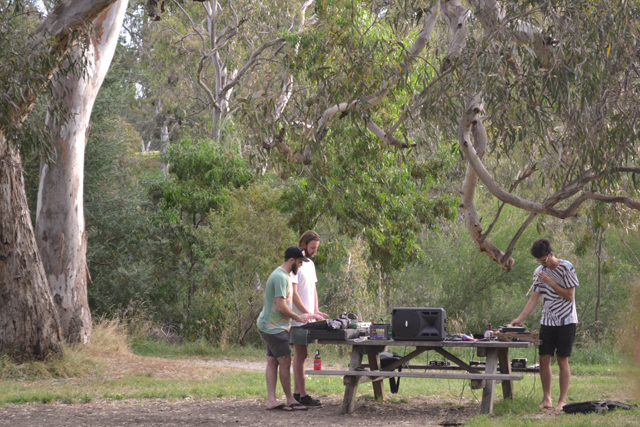 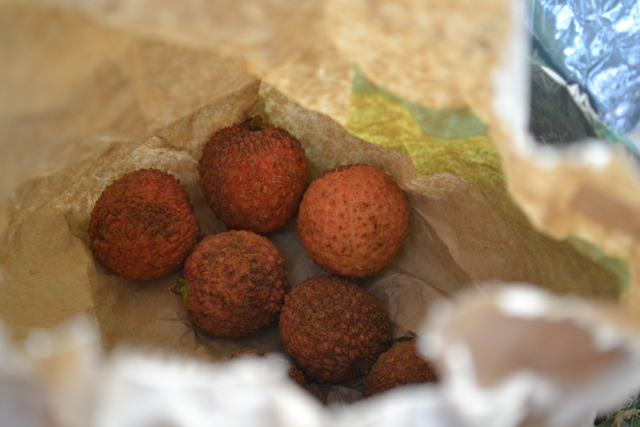 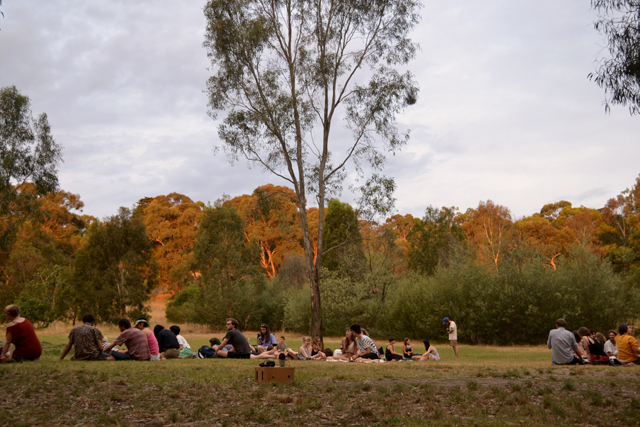 And we saw a cookaburra! He was unusually quiet - perhaps he was in awe of the bats too. 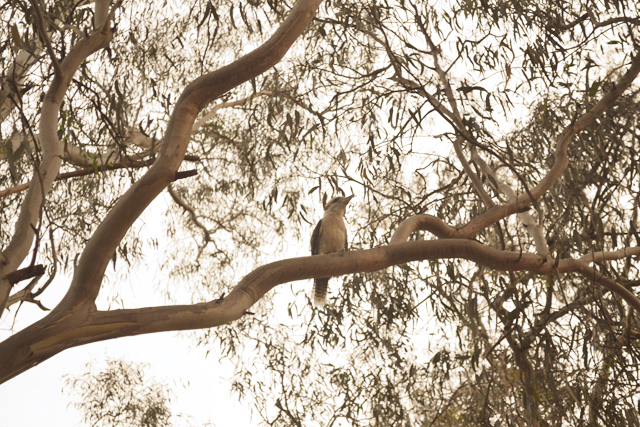 It's quite hard to capture on camera just how many bats there were, so I took some video footage! Check it out below for more bat action, peppered with some choice kiwi accents, marvelling at these amazing creatures. 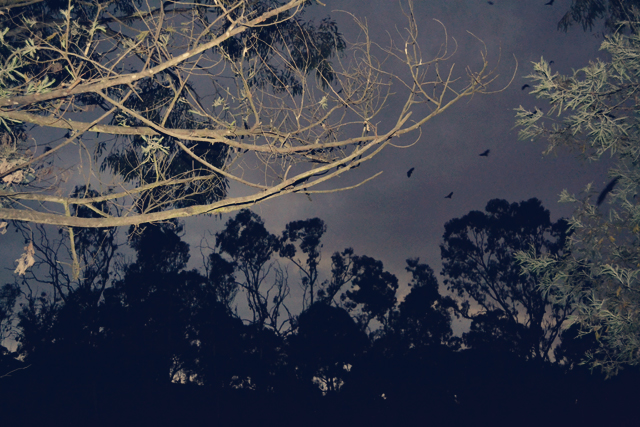 Posted by banana meet-cute at 5:04 PM