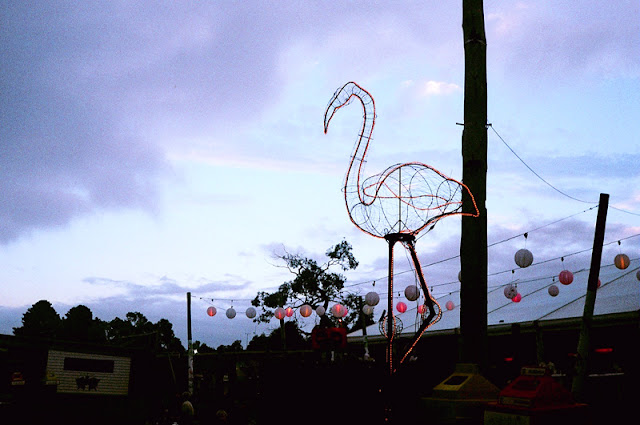 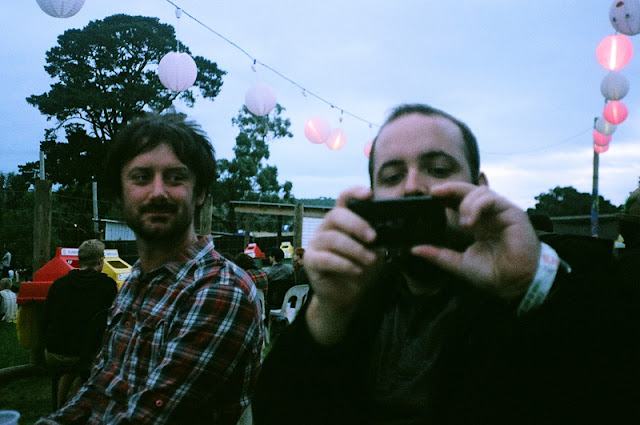 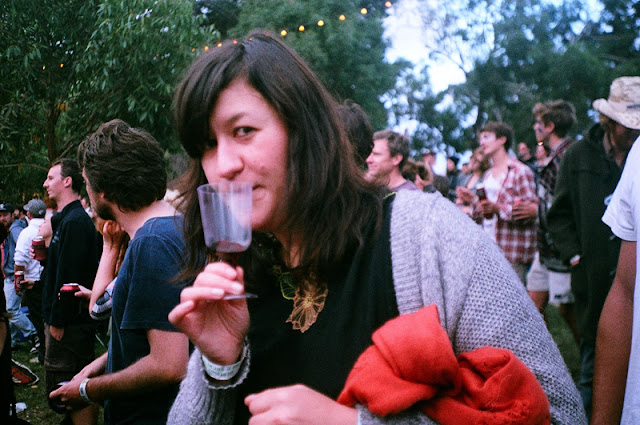 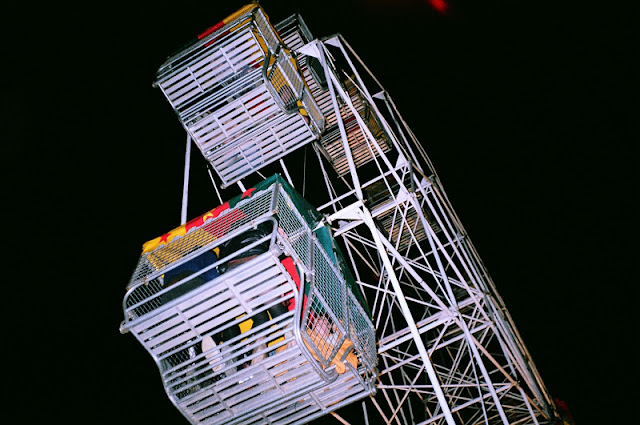 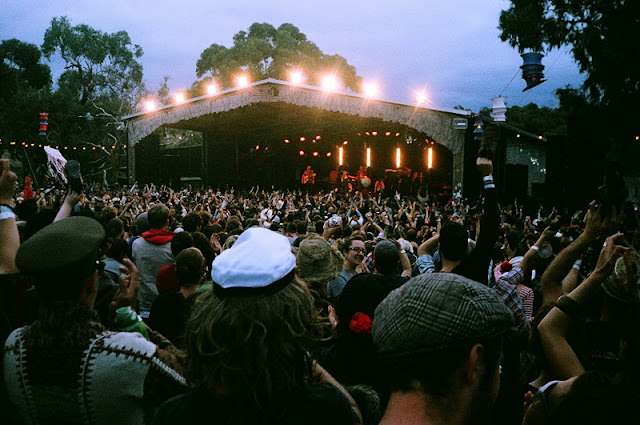 A few weeks ago I went to my first Golden Plains, which is now in its fifth year and is kind of a sister festival to the longer running Meredith Music Festival. Both festivals have developed their own wacky traditions, including the 'Rangapalooza' tree - a meeting place for red haired friends (see photo below), and 'The Boot' which we quickly learned about after laughing at a guy in the crowd waving his shoe in the air during Joanna Newsom. Mr Meet-Cute, being silly, took his own shoe off and was waving it too until someone told us that this actually means that you're casting your vote for the best song of the festival. You can see a few shoes held aloft in the pic above!

The above photographs I took on my plastic fantastic $15 camera, and those below are from my Golden Half. 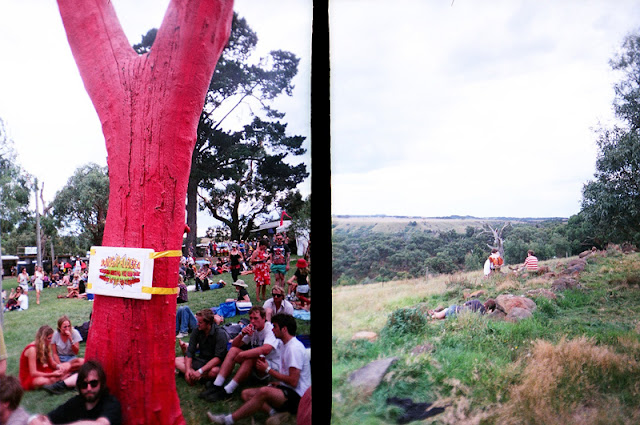 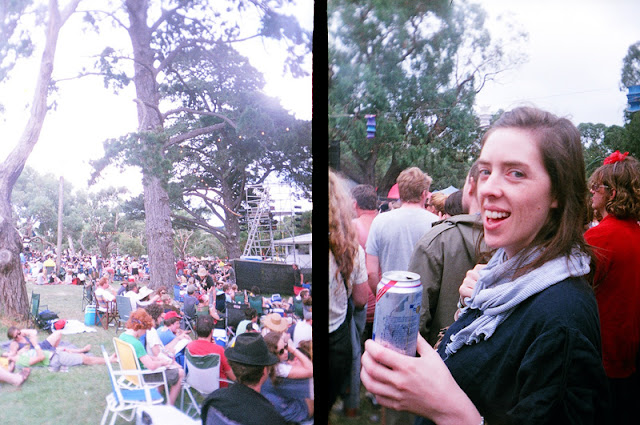 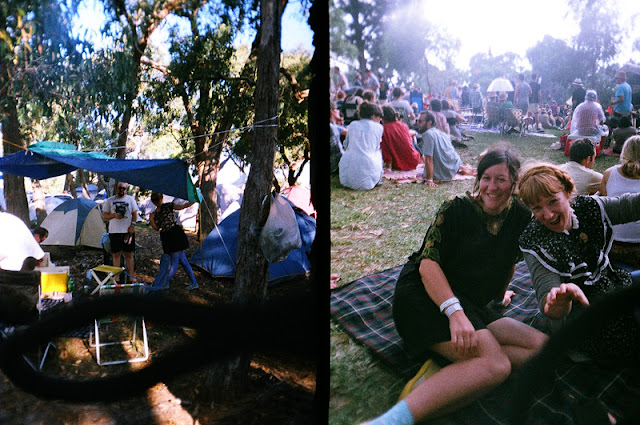 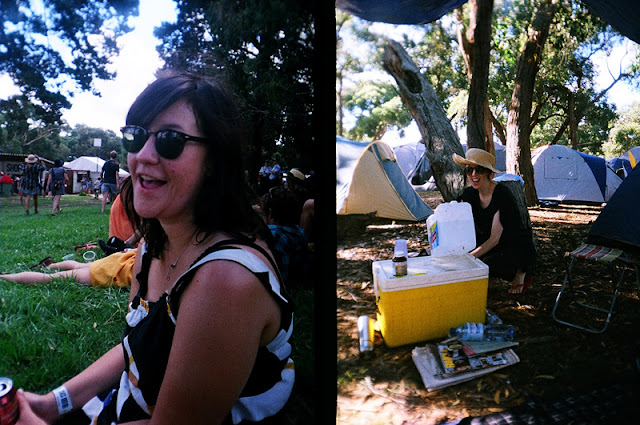 Posted by banana meet-cute at 4:54 PM