Since getting my new Golden Half camera I've been so excited about sharing some snaps with you all! However, I have been having the worst run of luck with film cameras lately - the last three rolls that I've taken to get developed have all had mysterious problems with them, meaning that none of my snaps have come out. The first two were taken using my trusty $15 camera, which I've never had any problems with before. I was using a super cheap brand of film, so for now I am blaming that. Then, the first roll I shot with my new Golden Half came out all grey and grainy - which I've been told was due to the film being quite old (it was a free roll of film that came with the camera). I know I'm not the first person to experience such problems with film, but it is such a bummer. As the Aussies say, "I was devo".

So then, yesterday I got my second roll of Golden Half film developed, and Good Grief! The photo lab I went to had split all the photos into single shots. The whole point of the Golden Half is that it takes half frame pictures, so each shot contains two images, like a diptych, and is separated by a black line. Instead of this the shots had all been separated. So frustrating! But I guess that at least I know now that the camera does work. Below are some of the pics I got, which I have tweaked myself because I am ridiculous and wanted to show them in the diptych format! (I held back from photoshopping in the black dividing line that should be there too).

If you'd like to see some examples of how Golden Half shots look when properly developed there are some beautiful images here on neonsleep. 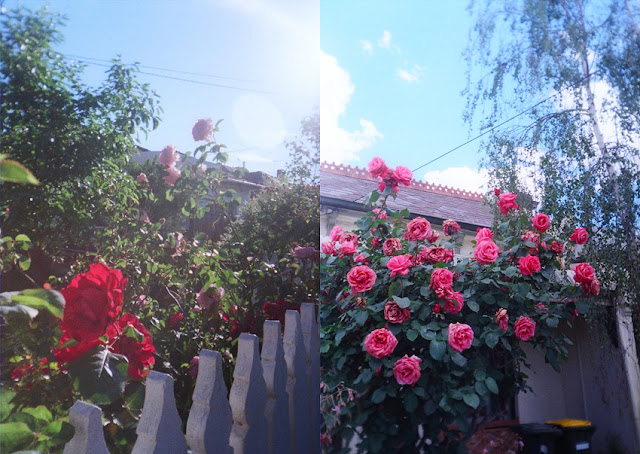 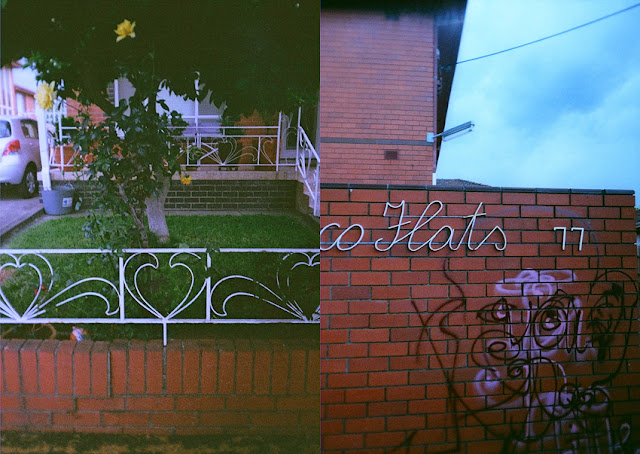 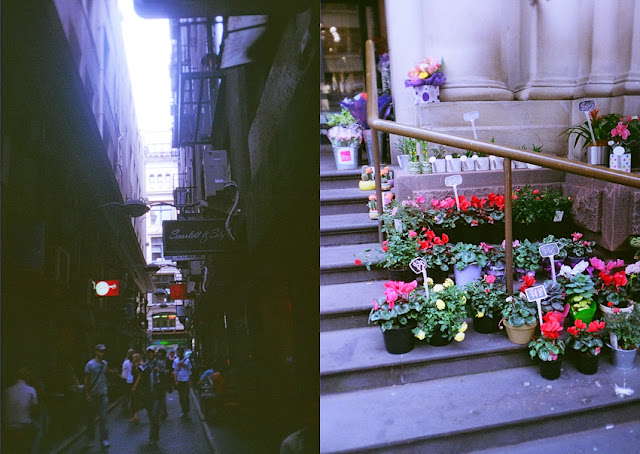 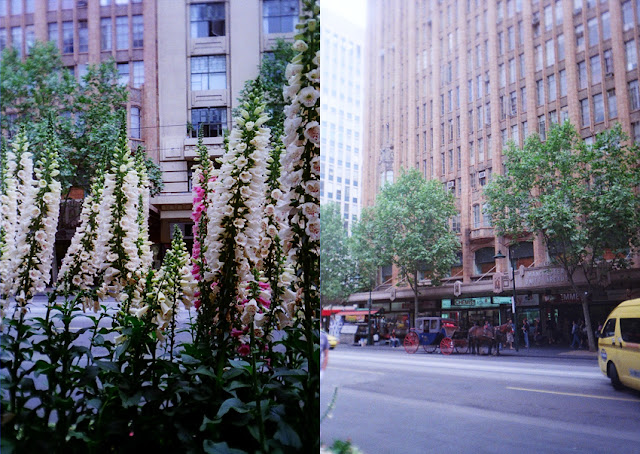 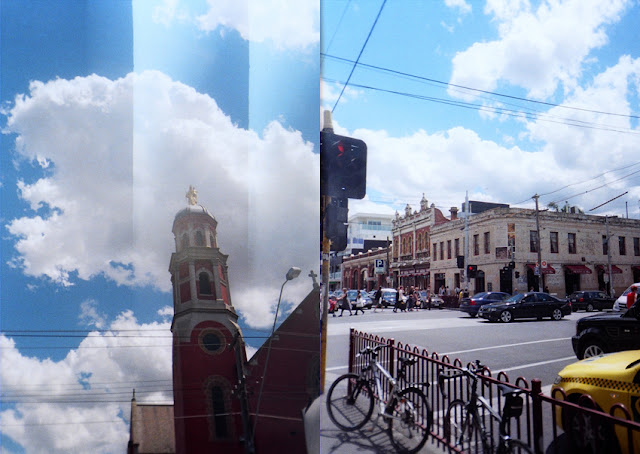 Posted by banana meet-cute at 2:20 PM