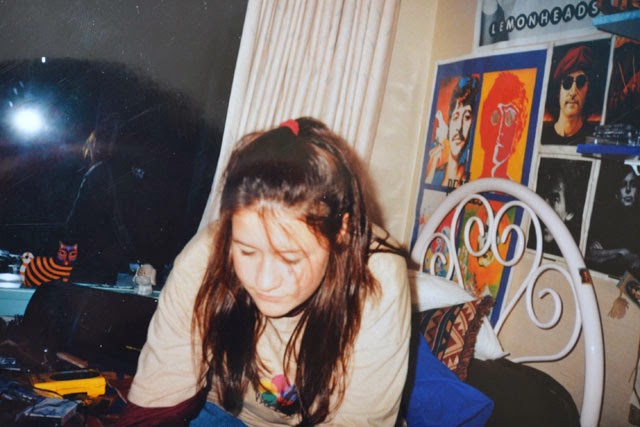 At my parents place I came across some of my old photos and diaries and thought they were worth sharing with the whole internet. I was a teen in the nineties, so get ready for a grunge overload!! 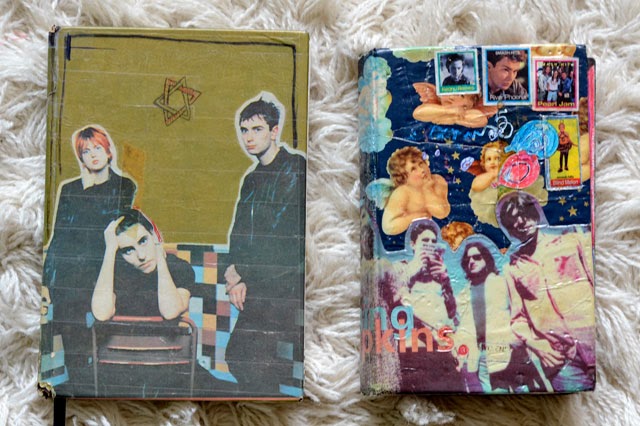 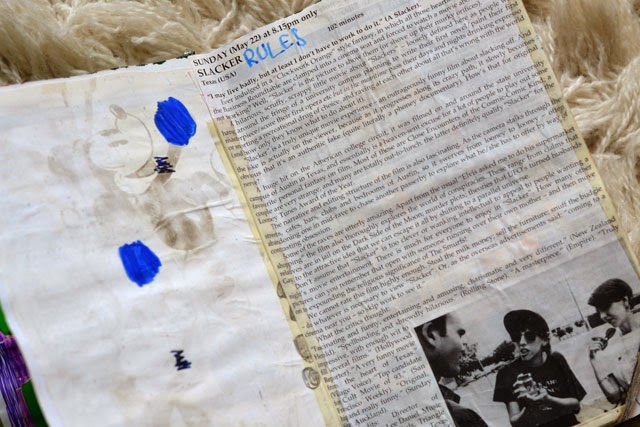 Slacker, a defining grunge era film. I believe the film still used with this review is from the 'Madonna pap smear' scene. I haven't seen this film since it was released 20 years ago (JEEEEEZ), but I still remember that scene. 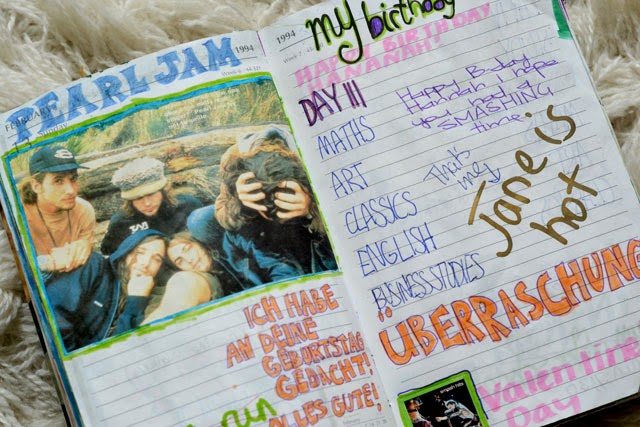 I was a massive Pearl Jam fan. 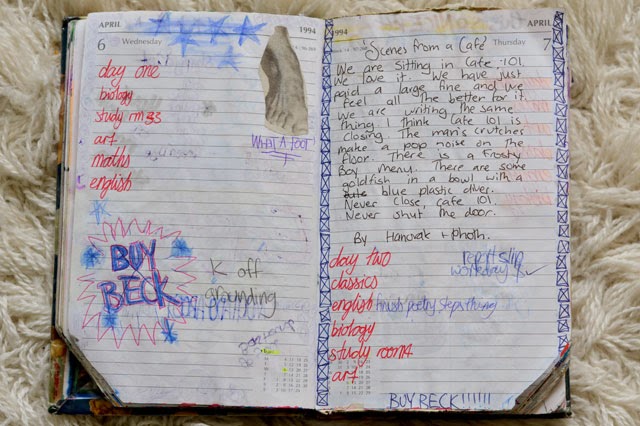 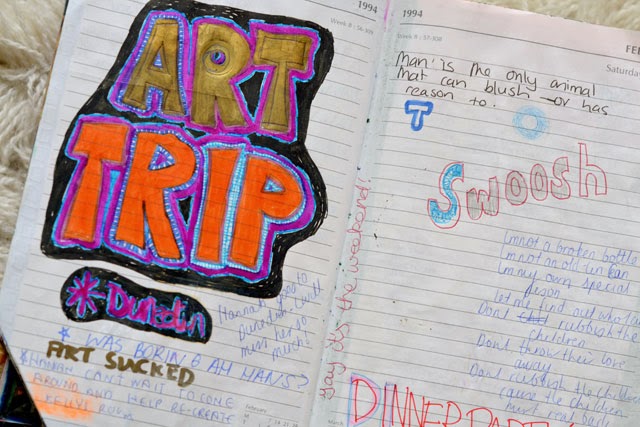 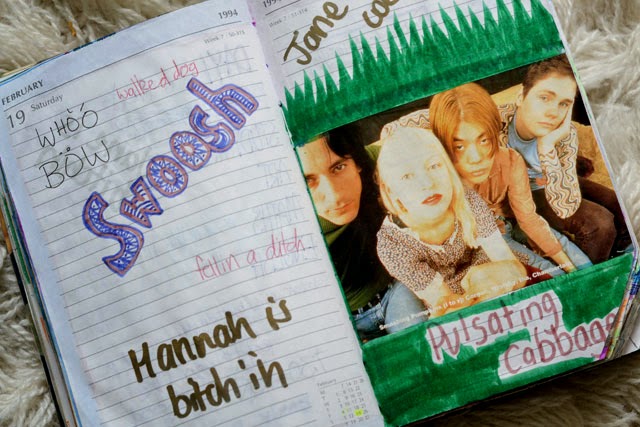 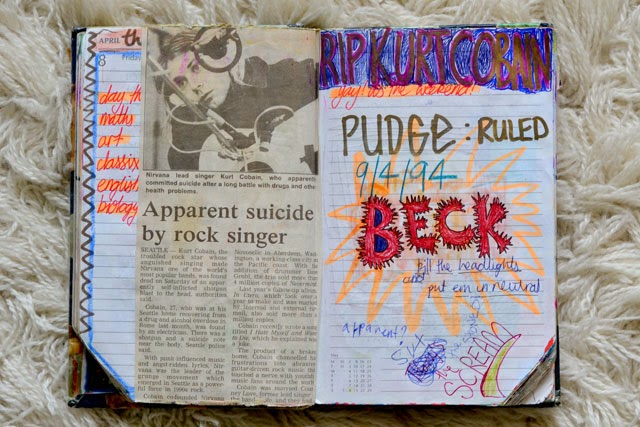 It was shocking when Kurt Cobain died, but I wasn't that sad about it, which you can tell by the 'RIP Kurt Cobain" followed by 'Yay! It's the weekend!' I went to a friends house that evening and one of the boys was hiding in the bedroom crying. We were a bit mean about that, because we were terrible immature teens. I was more upset when River Phoenix died. 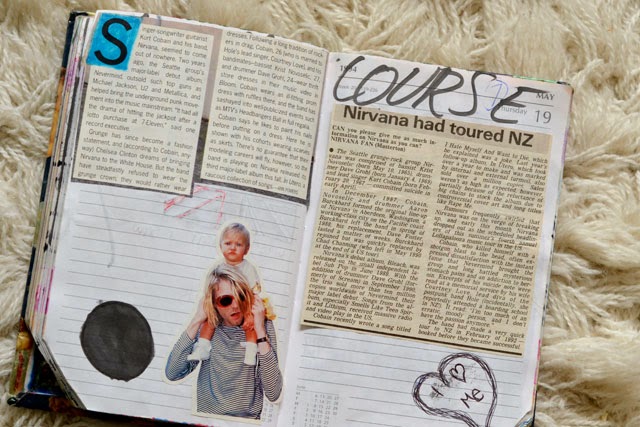 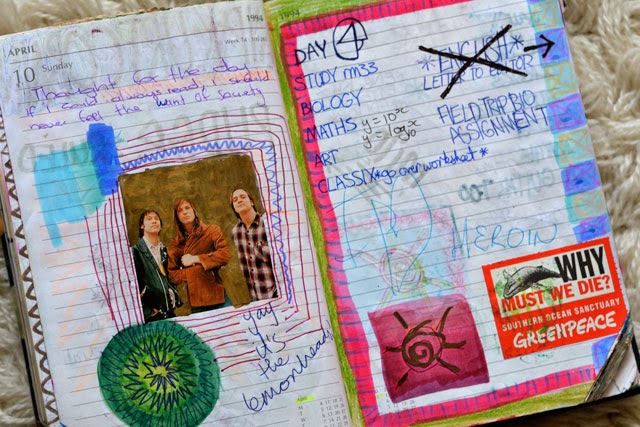 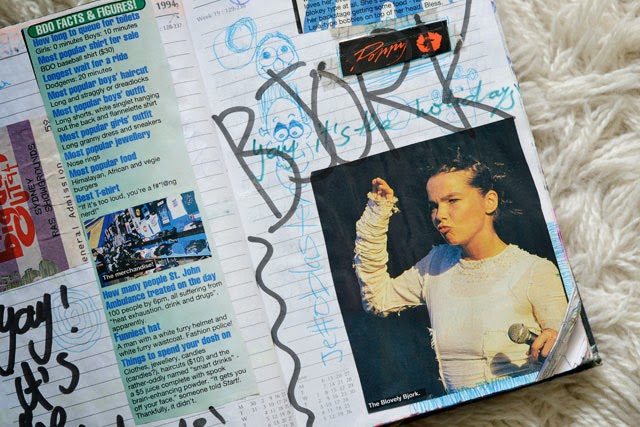 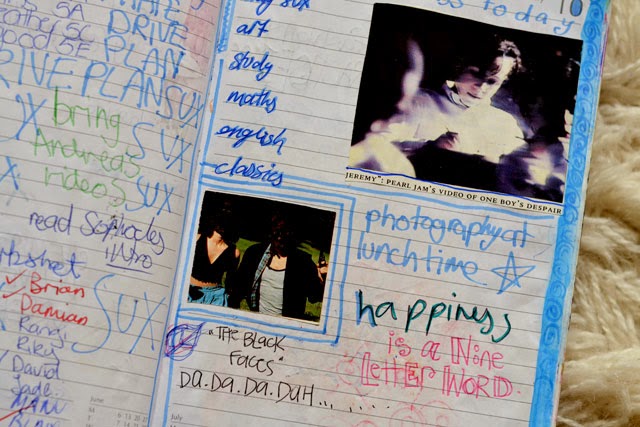 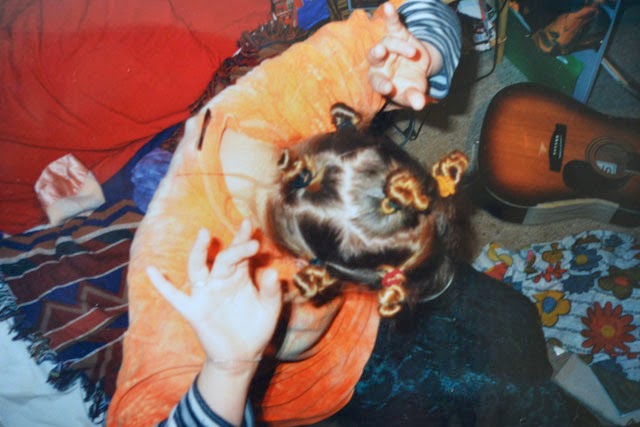 One of my pals, rocking the Bjork do. So Nineties! 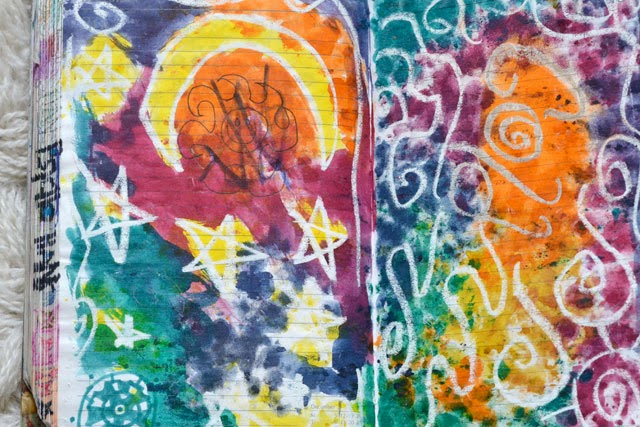 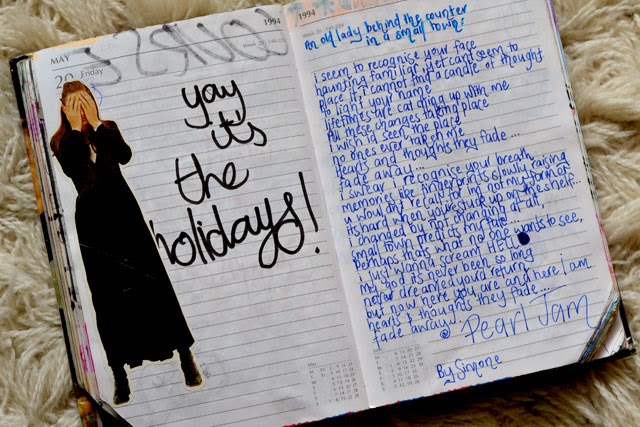 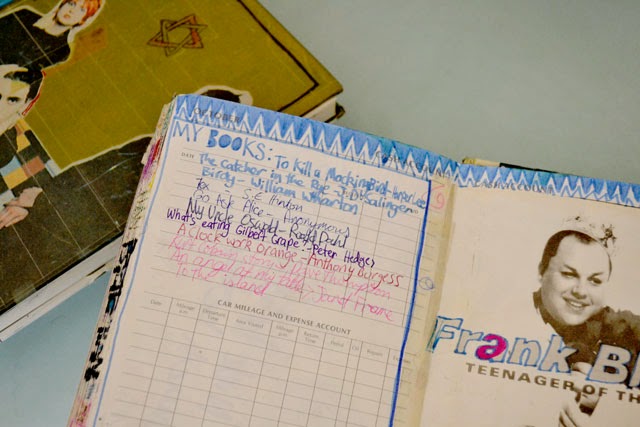 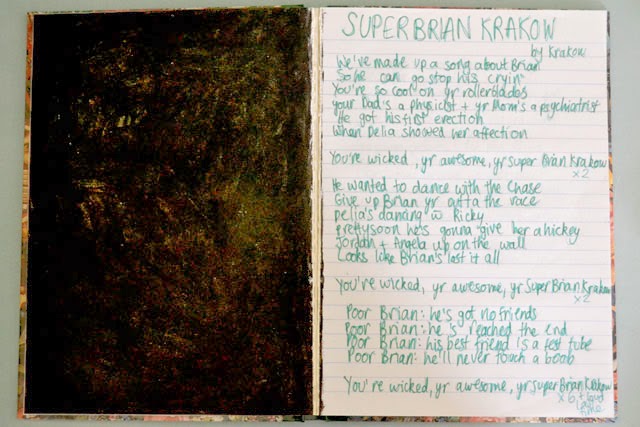 Lyrics to the song Super Brian Krakow, by the band Krakow, which was me and my friend Debbie. 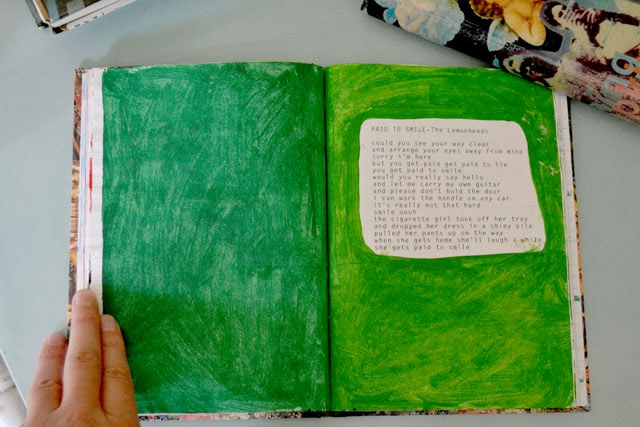 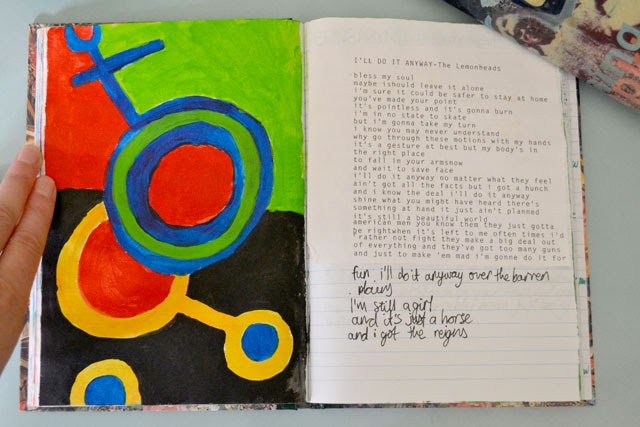 I was also a massive Lemonheads fan. 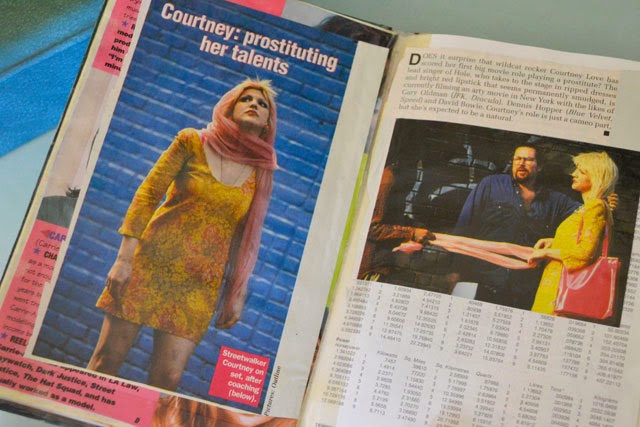 The article says Courtney is filming an 'arty' movie, where she plays a prostitute. I think the film was Basquiat. I don't think her character was a prostitute though. 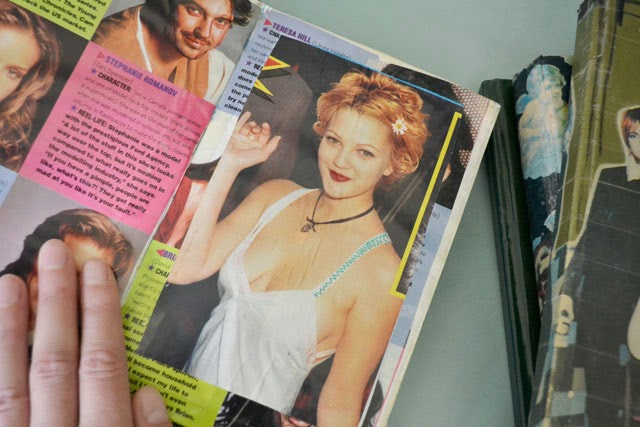 No one was cooler than Drew Barrymore in the Nineties. I mean, could any actress today get away with flashing a talkshow host, and still be the COOLEST GIRL IN THE WORLD?? 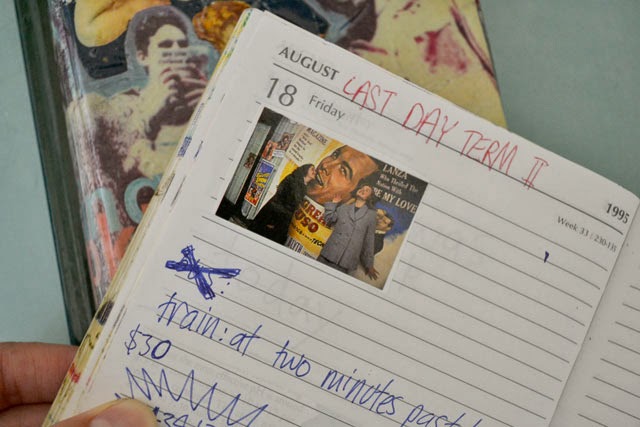 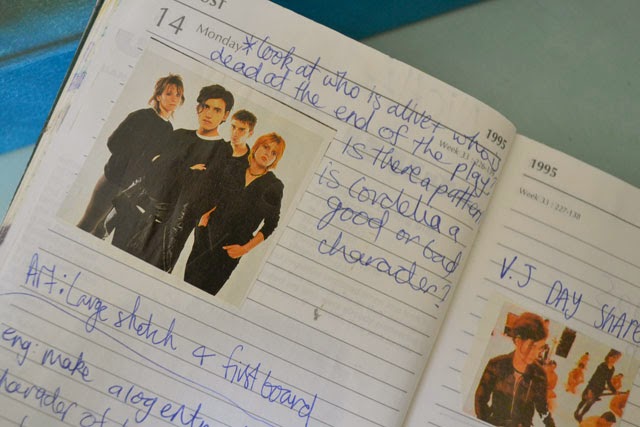 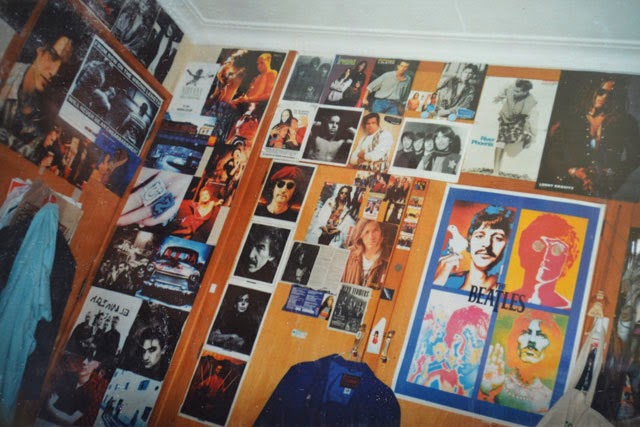 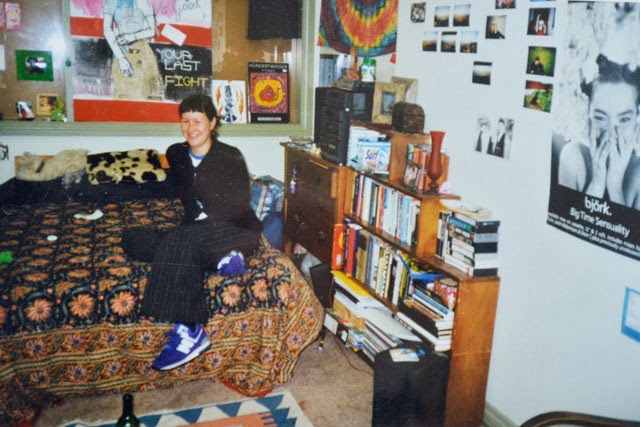 And here I am a bit later on in my room at one of my flats while at University. I rememebr those New Balance sneakers! I wore them every day.
Posted by banana meet-cute at 10:04 AM

Labels: Me Me Meee, Teens gone wild, The Nineties