Knocked up! And more… 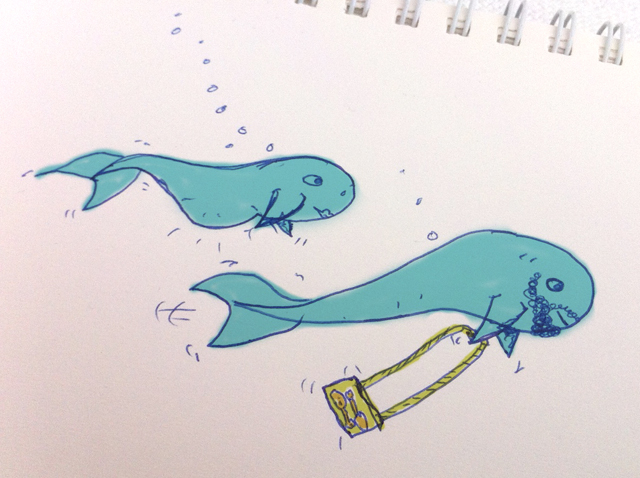 
Things have been preeeeetty quiet here this year, but with good reason, I assure you. The thing is, I'm knocked up - about six months gone in fact! I've been wanting to share this news on banana meet-cute for some time. I had planned to do a bloggy announcement around Christmas time, but much like Kate Middleton, things didn't quite go to plan. I may not have hyperemeses gravidarum, which sounds like absolute hell, but things haven't gone exactly smoothly.

Pregnancy is often a touchy subject, I feel incredibly thankful to not know the heartbreak of miscarriage, or problems with fertility, but I've had some troubles. I also don't want to freak people out about getting knocked up, but I do want to share what's been going on.

Early in the pregnancy I had some very heavy bleeding (maybe I ought to warn you now that this post may be a bit TMI for some. Shit is gonna get real) This was only a week after I found out I was pregnant, and when you first find out everything seems to go incredibly slowly, so a week had felt like a month. However, everything turned out to be fine, but that was one of the scariest nights of mine and Mr Meet-Cute's lives, and our first of many trips to emergency. I had another bout of bleeding a few months later, then, right after my last post, and the first night of our camping trip I woke up with bleeding, and leaking fluid - another trip to emergency! Luckily we were only an hour out of the city, and I was too wired/scared to get any sleep so Mr Meet-Cute and I decided to abandon the campsite and drive back in to the hospital. The fluid tested positive as being amniotic fluid, so I was admitted for 4 nights, including New Years! The leakage didn't continue, so the Doctors then decided that I could go home, under strict instructions to rest and stay off my feet, as they thought the test may have been a false positive.

Unfortunately, my troubles did not end after this. I got to go home for three nights, then had a follow up appointment at the hospital, including scans where I was found to have a shortened or 'incompetent' cervix. This means that my baby will not likely go to full term, so I was admitted then and have been in the hospital on bed rest ever since. The first few weeks were terrifying, and I was so scared I could barely sleep. I've been here nearly four weeks now, and am in week 26 of the pregnancy, which gives Tiny Dugong (just a working title) better odds of survival if I go into labour. It feels like a real milestone and I've finally stopped feeling so terrified all the time.

This is stuff that I never dreamed could happen, I had no idea. My plan was to keep working, and being really active, doing heaps of antenatal excercise and yoga classes and to be super healthy and glowy until giving birth! Early on I was advised to stop doing anything strenuous, including no swimming or riding my bike, and my bike is my main transportation! I don't want to freak anyone out about scary pregnancy stuff, but since going through this I've heard many similar stories from friends who've had weird things like this during their pregnancies. The friends we were camping with included three mums who had all had dramas and hospital stays, but - all their kids are absolutely fine. In fact they were all running riot like happy feral beasts round the campsite!

More than my blog, my instagram has really suffered these past weeks. I was thinking of starting a 'hospital food' hashtag, but it'd probably lose me some followers. See below for some examples! 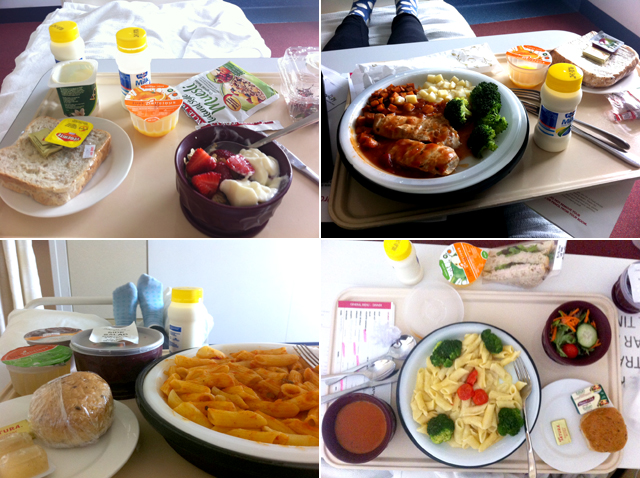 I must disclose that the strawberries in the top left pic were not hospital provided.

Even though the hospital food is depressing, and it's noisy and there's no privacy, it's free for me to be here, and I certainly feel fortunate to live in a country where I don't have to worry about hospital bills. And what's even better, I have friends and family who have been amazingly supportive, bringing me healthy treats, and not so healthly treats, and baking, and books, and DVDs - I've got about a million hours of telly and movies to get through. My friends have just been the absolute best, organising bedside craftanoons, and making me laugh, even though I'm a crazy worry wart who thinks that laughing might somehow upset my stupid cervix, before then convincing myself that laughing is the best so I should stop being an idiot worrying about every little thing.

And Mr Meet-Cute has been too bloody fantastic for words, I'm sure he knows how much he means to me (moon of my life), so I won't go into too much gushing here. Although, my roommates and hospital staff have all told me how lucky I am to have a partner who brings me home cooked meals and is so supportive. Except they keep calling him my husband and I can't be bothered correcting them!

So, this epic post explains the quietness around here. I'm out of the scary danger zone now, but I want this baby to stay in for a lot longer still. I've heard stories of other patients like me who've been on bed rest and just waited it out and lasted to almost full term, so that's really encouraging. And Tiny Dugong is growing and healthy and kicking! I'm just taking things a day at a time, and each week is another milestone.
Posted by banana meet-cute at 5:14 PM

Labels: knocked up, Me Me Meee