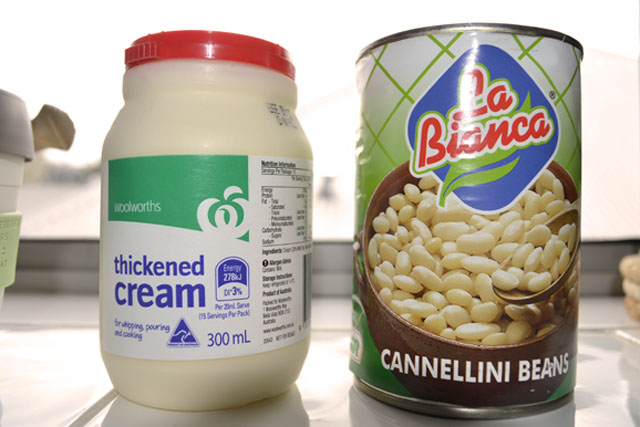 I spent a large part of my weekend cooking and eating. Maybe due to the cold weather that's set in, or perhaps a little bit inspired by the new season of Masterchef, which is HUGE here in Aussie. In past years I've resisted getting too addicted to Masterchef, last year I felt like the only person in Australia who wasn't watching it, until eventually getting sucked in during the last month. And the year before that I'd only just moved here and didn't have a telly. This year, one week in and I'm hooked already! The 'Green Eggs and Ham' dish from the other night, complete with homemade crumpets looked so amaaazing… so obsessed with homemade crumpets. Yum!

My own cooking style is a bit more basic, such as this rustic beans n' mushrooms dish - yeah pretty far from Masterchef, but satisfying nevertheless! Eaten with olive bread rolls from the vege market, and with lots of fresh neighbourhood rosemary. I'm also tempted to try this rosemary with icecream idea, if only it weren't so cold here at the moment. It's just not icecream sandwich weather. 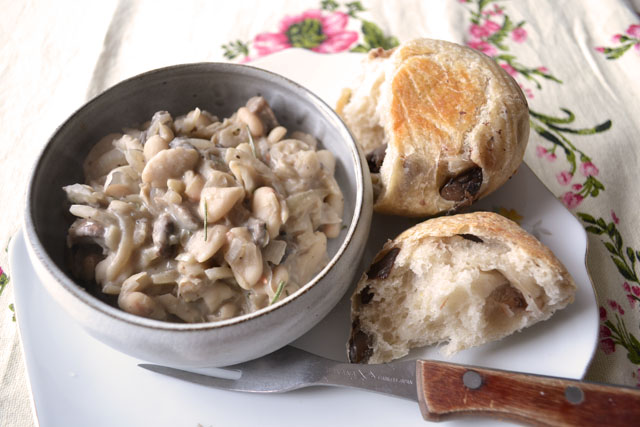 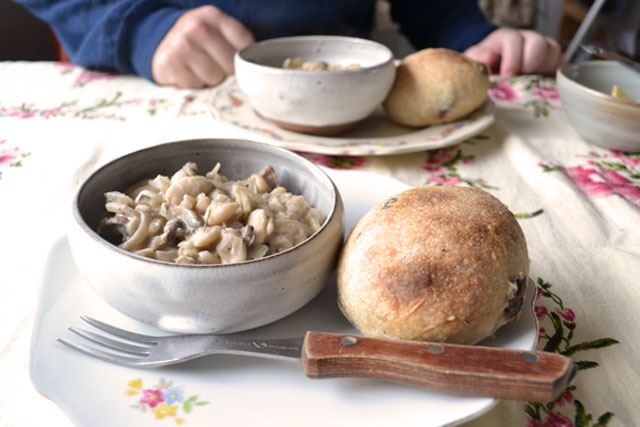 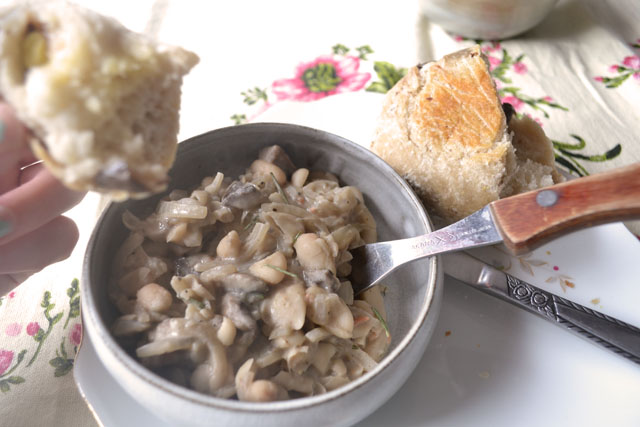 I also tried this Roast Chicken recipe, which was very easy to follow and soooo delicious. Pictured below is 'Step 9) After 30 mins, tear up basil leaves, add to roasting pan.' I don't have any pics of the finished roast as once it was done I was too greedy and had to tuck in right away, but you get the idea, no? Twas delish! 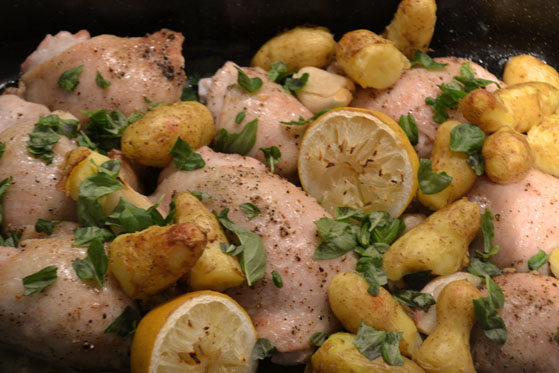 Posted by banana meet-cute at 1:25 PM