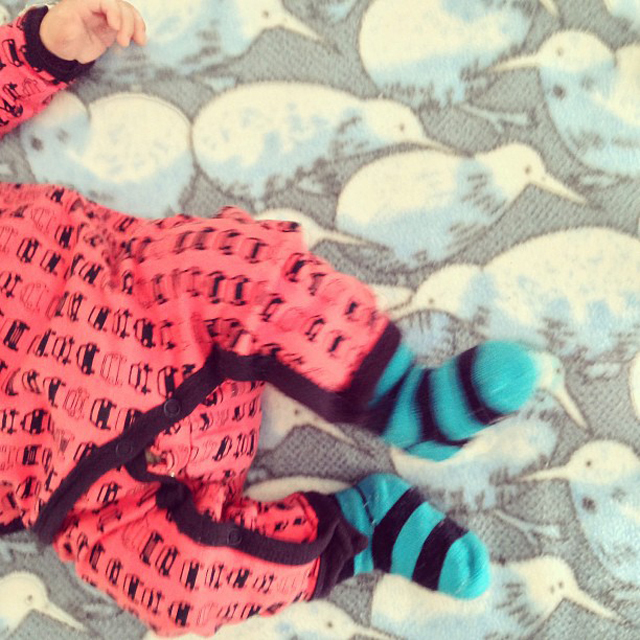 I thought it was about time for a Ray update. I haven't shared any pics of him for a while, either here or on my instagram. Mostly because I'm trying not to be that person, but also because he still has his yucky nasal gastric tube, covering his sweet wee face. We are still trying to get him to start breastfeeding, and no one thought it would take this long for that to happen. He's still getting all his milk poured into a syringe at the end of the tube - expressed breast milk, which I am now into my sixth month of pumping out at least six times a day! Feeding using the tube has to be done slowly, it takes at least 20 minutes and needs to be done every 3 or 4 hours, and with a baby who is now very alert, crying more and struggling, life becomes pretty awful. Most premature babies start breastfeeding from around 36 weeks. Ray was born at 29 weeks (full gestation is 40 weeks), and he's now 10 weeks past his due date. Because he is gaining weight, and is a very healthy, alert wee boy, nobody has seemed that concerned about how long the tube has been in. For us, however, it has become a HUGE problem! Now that Ray is older and more alert, and crying more (!), it's just been really tough. Feeding using the tube feels so wrong. All my 'mother instincts' have been kicking in, and it kills me having to force feed Ray. I know that he can breastfeed because every so often he will latch on for a few minutes, giving me small glimmers of hope. A good friend of mine pointed out that you don't see grown men walking around with nasal gastric tubes, so even though it feels like it's taking forever, I know it'll come out one day.

However, I am happy to report that things are finally looking up. We heard about a specialist, a wonderful woman who has years of experience helping babies with feeding problems. We saw her last week and she gave us a plan to get Ray weaned off the tube, and he has slowly been making progress. She told us that feeding is one thing that little babies can have control over, you can't force them to do it. When they've spent such a lot of time in hospital, like Ray has, with tests and so many things being done to them every day, it makes sense that they shut down and won't cooperate when feeding. This makes perfect sense to me, and it's a relief to hear something that does after all the tests Ray has undergone trying to figure out if there was any major thing wrong with him that is stopping him from doing what should come naturally. I know a lot of people have problems getting babies breastfeeding, and a lot of babies don't pick it up straight away, but I've just been hearing all along that Ray will 'turn a corner', and things will change, and the tube will come out. When it's been this long, and people are still telling you about this 'turning a corner', it gets pretty frustrating! I think it might be happening finally though, now that we've had some sensible, expert advice, this corner turning might actually happen!
Posted by banana meet-cute at 8:59 AM