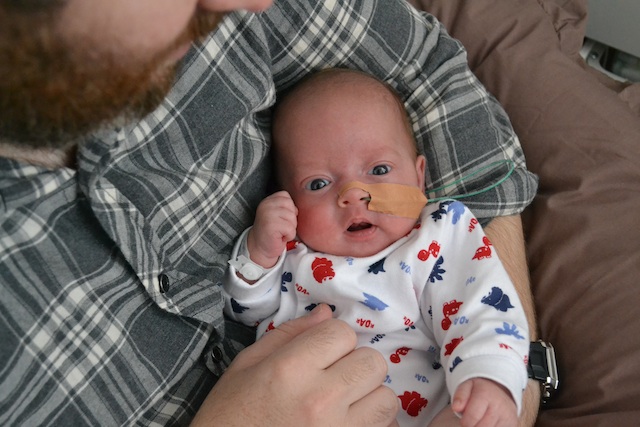 Becoming a parent makes you super emotional. If you're a new Mum, do not watch things like The Wire. I got almost to the end of Season 4 (the one with the kids) and had to shut it off. It's soooooo bleak and awful! Mr Meet-Cute and I went to The Place Beyond the Pines the other night, which was great, but afterwards Mr Meet-Cute told me he couldn't watch things with babies in them anymore. Not that anything bad happens to babies in the movie, but just seeing other babies makes you feel so teary and protective! There was a preview beforehand for the film Broken, which looks amazingly good, but there was a second long shot of a baby in an incubator, which started the tears flowing for me! Because of course, it reminded me of Ray. Also, anything about children in the news, or any kind of violence makes me feel terrible, because you realise that everyone has a mother, and everyone has someone who feels about them how I feel about Ray.

Ray is past his due date now, but because he's still having trouble with taking his feeds properly we haven't been able to bring him home. He's been fed all this time through a nasal gastric tube, which goes in his nose to his tummy, and my expressed breast milk gets put in the end. By now he should be taking bottles and/or breastfeeding, but for some reason it's taking him a long time to get the hang of it. He just doesn't seem that hungry, which surprises me as both his parents are huge greedy guts's! Because everything else is fine with him we should be able to take him home this week with the nasal gastric tube still in, and we can continue trying to get him taking just the bottle and breastfeeding while he's home. We just want him home now, he's so alert and aware now, he needs to come home!

Posted by banana meet-cute at 9:13 AM